My friend Sandra Miller spent years writing and revising her forthcoming memoir, Trove. Below she explains what prompted her to write this story, and how the memoir developed. – Lynette 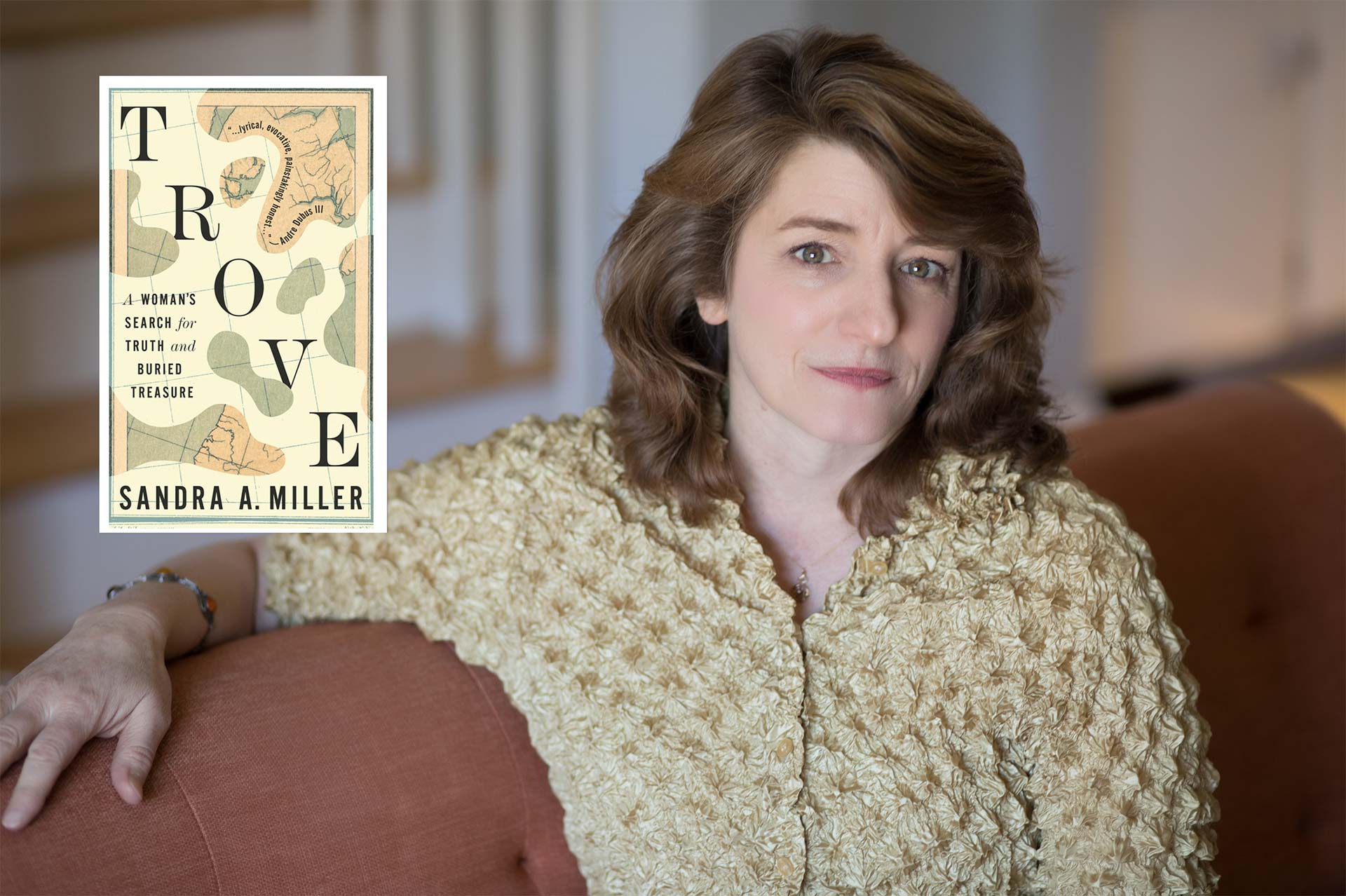 The idea of finding treasure has been with me since I was little and would search for coins, buttons, and sparkly things on the sidewalks of the Connecticut factory town where I grew up. I picked up anything that caught my eye and then stored it in a box that I called my “trove.” I believed the things I found were clues to some bigger treasure that I might someday find. So, a few years back I was thrilled when my friend, David, asked me to join him on a treasure hunt. We were looking for $10,000 in gold coins buried in New York City and had to solve a series of puzzles to figure out where it was hidden. As soon as I started writing about my experience of being a middle-aged woman darting around Brooklyn with a shovel to dig up a treasure, I connected it to the little girl I was, searching for signs on the streets of her hometown. Those two ideas created the spark that became Trove.

… that longing women in midlife often feel for something they can’t even name.

Trove is a book about longing, and I am hard-pressed to find anyone who doesn’t long for something. More specifically, Trove speaks to that longing women in midlife often feel for something they can’t even name. Often they’ve built careers, raised children, helped take care of aging parents, and when they finally have a moment to connect with their own needs, they don’t know what those are because they’ve been buried away for decades. In writing this book, I spoke to hundreds of women and almost every one of them identified with that sense of Who am I? Or What now? So, the juicy part of this story is a woman running around with a guy who isn’t her husband looking for a treasure chest in New York. But I hope readers will engage with the searching for metaphorical treasure and, become more attentive to their own journeys.

In addition to writing feature articles, I have been writing and publishing personal essays for over twenty years. One that is near to my heart is called “Livin’ on a Prayer”—about my sister who lives in Munich, Germany, battling cancer.

A romantic one about meeting my husband, Mark, won a contest in Glamour Magazine and was turned into a short film called Wait staring Kerry Washington. I wrote this essay without any expectation that I’d win. The lesson is: put your gifts out there because you never know what could happen. You can watch the short film based on my essay in two parts on YouTube.

I also regularly post on the Brevity Blog about the process of writing creative nonfiction to inspire people to persist and never be discouraged by rejection. “Anatomy of a Book Deal” speaks to that.

Working on short pieces helped me build the writing muscles necessary to finish my memoir. It’s all about the writing discipline. Whether you are working on a 750-word essay or a book-length manuscript, you have to draft and draft and draft again. As Hemingway said, “The only kind of writing is rewriting.”

It took me six years to find the proper structure for this book, and I ended up overwriting it by 300 pages. That is not a typo. What is now a 228-page memoir was once over 500 pages. I wrote absolutely everything down that even tangentially connected to the story I was trying to tell about treasure hunting, and then—with a lot of help from kind reader friends, figured out the narrative arc and started using the delete key. When I showed a 440-page draft to my friend Lisa, who is a well-published novelist, she lifted off 200 pages and said, “This book still needs to be half its size.” She was right. The book I eventually sold to my publisher is very tightly focused. The lesson I learned is, get rid of anything that doesn’t serve the story.

I did a lot of writing by hand before I typed my pages onto my MacBook. I occasionally made an outline of my chapters to keep track of the many different parts. But the most important tools I used are the journals that I’ve been keeping since I was a teenager. I went back to them again and again to verify details, understand my emotional reactions to certain situations, confirm if it was this restaurant or that one. I was regularly surprised at how I remembered things incorrectly and was grateful to have the information in those journals, which are really a treasure trove of memories and stories, in themselves.

Trove will be published on September 19, 2019. Pre-order Trove at any of the links below.